← back to
AMS Records
Get fresh music recommendations delivered to your inbox every Friday. 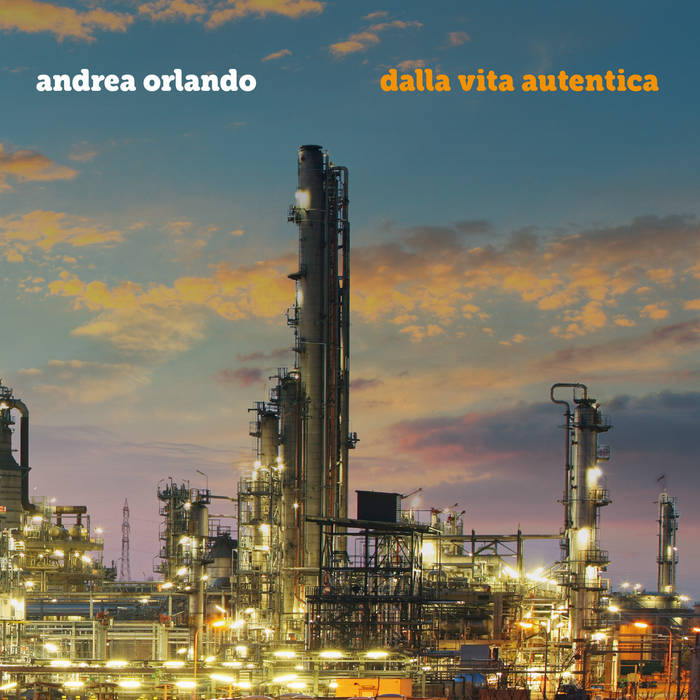 Solo album for Andrea Orlando, (La Coscienza di Zeno’s drummer and more..). Two years after the stunning release “La notte anche di giorno" from his main band, Andrea has offered his skills also to Stefano Agnini’s solo project Il Cerchio Medianico, and finally found time to deliver his own creativity by writing, producing and arranging his full-length debut, “Dalla vita autentica”, a record in which, in addition to his main instrument, he plays organs and Mellotron.

With this effort he went really big, by gathering almost all of the musicians of the Ligurian prog panorama, and wisely dosing their precious help. In the album line-up we find in fact several musicians of the already mentioned La Coscienza di Zeno, Höstsonaten, Finisterre, La Maschera di Cera and several other projects: Alessandro Corvaglia, Agostino Macor, Stefano Marelli, Laura Marsano, Marcella Arganese (from the Milanese band Ubi Maior) and Melissa Del Lucchese are the main characters, here combined with astonishing mastery and balance.

As a result, “Dalla vita autentica” is a complex but never boring record of modern and Mediterranean progressive rock, mostly made of contrasts between mellow orchestral parts with piano and strings, and other more rushing and ‘rock’ ones, in which in particular Alessandro Corvaglia’s expressive voice is the absolute protagonist. The long title-track at the end is a perfect example of this, over 16 minutes of sound explorations that perfectly seal a beautiful album.

Bandcamp Daily  your guide to the world of Bandcamp